Through her art Alina Serban shifted the paradigm in Romanian theatre. By using her own Roma voice, based on her own experiences, she shed light into a world and a community that was previously completely vilified, pointing out the bigger problems of racism and anti-Roma structural violence.

As national and international media began to be interested in her one-woman-show “I Declare at My Own Risk”, her plays always served as a counterpoint to the mainstream dehumanizing discourse on Roma people.

Alina created a movement, a space in theatre, and generated public for it. On stage, off stage, she also created video campaigns, anti-racist toolkits for school, participated and/or led public performances, actions, and had her own projects of engaging with young people.

She has committed herself during the last 10 years to create and claim space for Roma stories, being always careful with the symbols used, paying close attention to artistic responsibility to represent Roma people ethically, being mindful to work with spaces and likeminded collaborators. Despite racism and censorship, she was always committed to keeping her integrity, by bringing to the public Roma stories without any othering, without any nods to the white gaze – but rather by finding a way to bring people together and respect the differences. 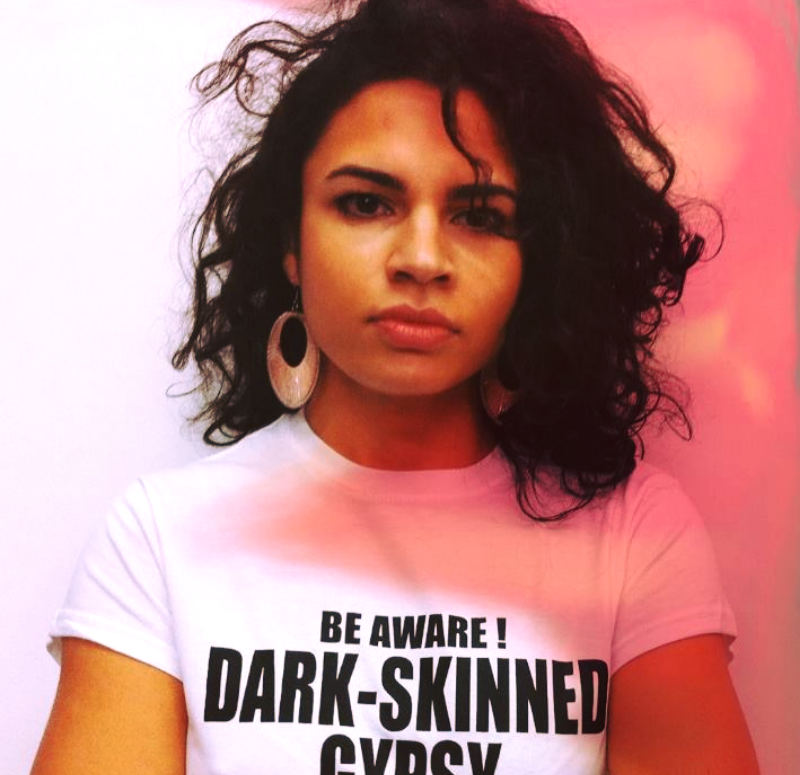 Producing a revised version of The Great Shame, the first play solely focused on the history of Roma slavery, to shift discriminatory narratives and advocate for the equal rights and treatment of the Roma people.

Revised version of “I declare at my risk” – Tara Arts production

I declare at my own risk – tour

For her performance in Marta Bergman’s “Seule a mon mariage” Alina Serban won:

Official recognition by the Romanian government for promoting Roma culture – 2019

Roma of the Year Award

"My story, my rights"

Best Romanian student in the UK

The Best Romanian Student in the UK – The Romanian Embassy – 2012

A Roma woman from the past is throwing herself into a well. She can no longer stand the abuse.

A Roma woman from the present is telling her own truth even though her voice is trembling.

A Roma woman from the future is safe. She is giving and receiving love, respect and appreciation.

What Roma kids should know is that they are sons and daughters of survivors.

To my Roma people, in hope of a brighter future. OPRE

Acted in the spot, co-devised for the concept

Petition: Justice for the Roma survivors of the Holocaust! (2017)

Concept and text by Alina Serban

by Vlad Petri and Alina Serban