Alina Serban is an award-winning actress, playwright and director.

Born in 1987, Serban grew up in Bucharest, Romania. Overcoming tremendous obstacles, including poverty and discrimination, she became the first member of her Roma family to graduate from high school and university. After acquiring a drama degree in Bucharest at the Academy of Theatrical Arts and  Cinematography, Serban attended the Tisch School of the Arts in New York, and obtained a master’s from Royal Academy of Dramatic Art in London.

As a professional actress, Serban’s credits include numerous Shakespeare plays under the artistic direction of Philip Parr (among them ‘Périclès, Prince of Tyre’), as well as productions presented at European theatre festivals (’Turfed’, ‘The House Project’, ‘The Sun That Casts No Shadows’). She acted opposite Benedict Cumberbatch in the BBC television series ‘The Last Enemy’, and made her debut on the silver screen with a supporting part in ‘Written/Unwritten’, a short film that won more than 20 awards. For her first leading role in cinema, Serban stars in Marta Bergman’s feature film ‘Alone at My Wedding’, which premiered at the Cannes International Film Festival in 2018 and earned her several Best Actress awards. She also stars as a boxer in Huseyin Tabak’s ‘Gipsy Queen’, a German-Austrian production set to make its world debut in 2019.

As a playwright, Serban pioneered Roma feminist political theatre, with three plays to her name by the age of 29. She led the way in 2009 with ‘Slumdog Roma’ (later renamed ‘I Declare at My Own Risk’), a poignant and often funny one-woman-show in which she recounts her life journey as a young Roma woman. In 2013, her second award-winning play explored the notion of ‘Home’. Three years later, she wrote and directed ‘The Great Shame’, Romania’s first play about the taboo topic of Roma slavery, becoming the first Roma woman director to have a play included in the permanent repertoire of a state theatre in Romania in 2018.

She lives between Bucharest, London and wherever filming takes her. Her work is driven by a strong sense of social justice, a desire to question prejudice and privilege, and the need to plant some good in the world — however small the seed.

Scroll for the full timeline 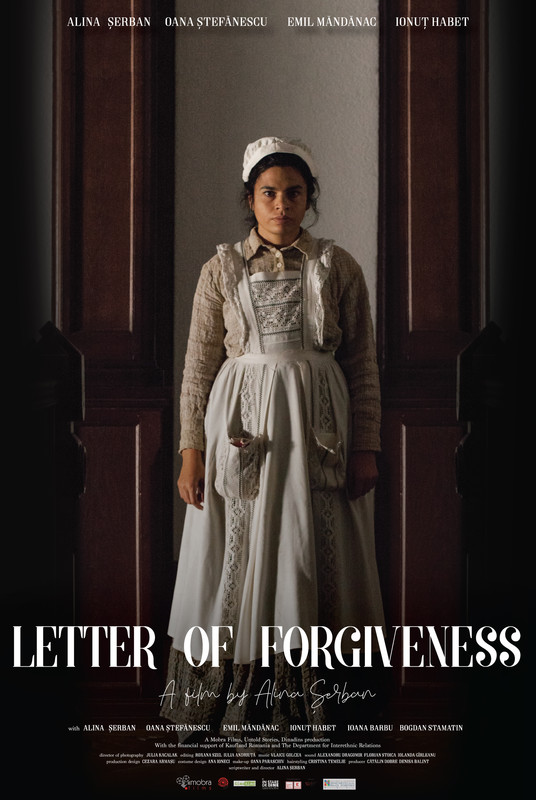 In the household of a wealthy Romanian noblewoman in 1855, Maria, a Roma-Gipsy slave, fights to obtain freedom for her son Dinca. Based on a true story, the film presents a day in the household in which Maria and her son, Dinca, serve as slaves. They see this day as a chance to change their fate. During slavery time, up until 1856, the Romanian equivalent of the word “forgiveness” meant freeing someone from slavery (the Roma slave was “forgiven” from slavery). 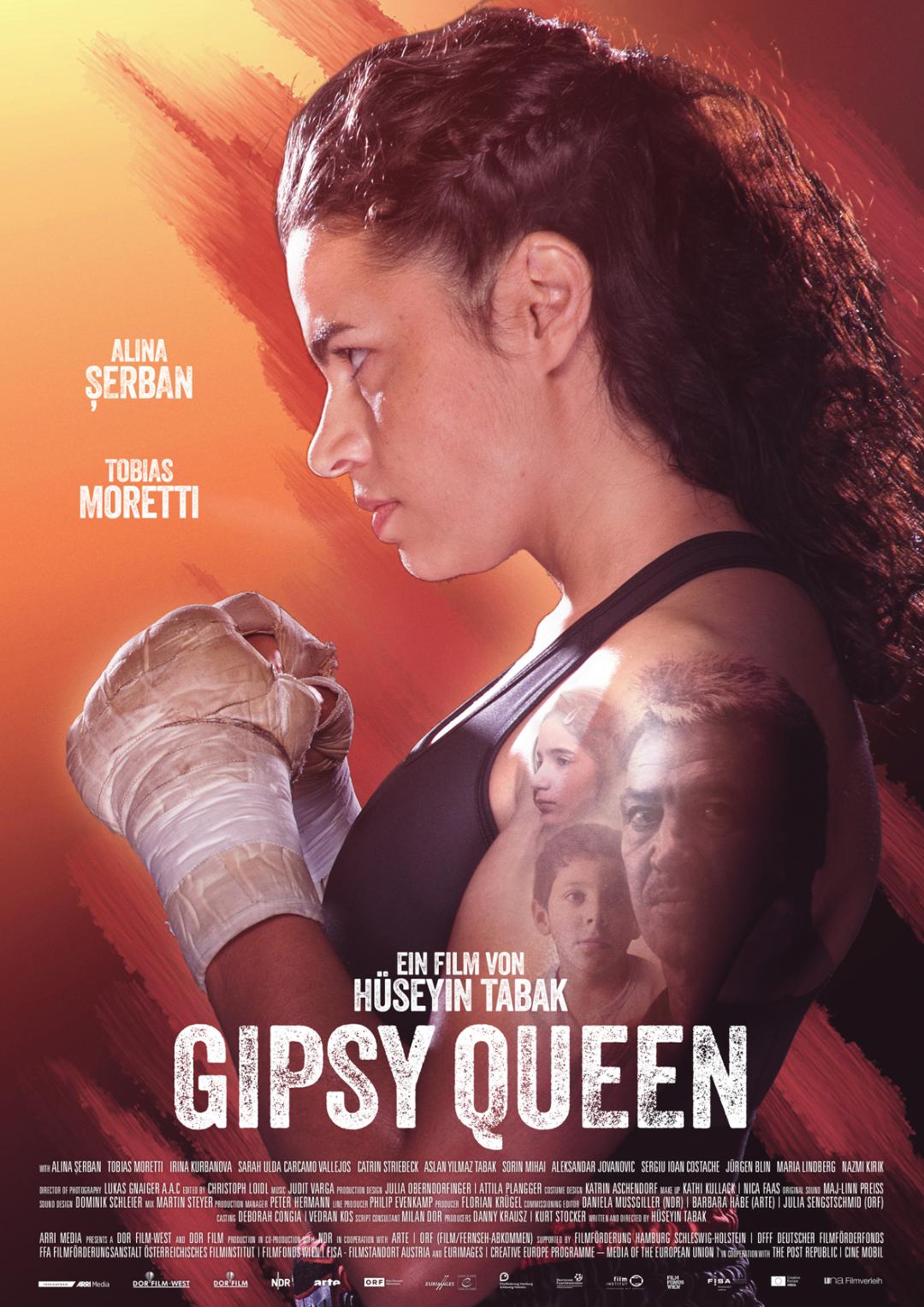 Ali, a courageous woman and single mother of two kids, works with the trainer and owner of a rundown box club in order to provide for her family.

For this role, Alina Serban has won 4 "Best Actress Awards" 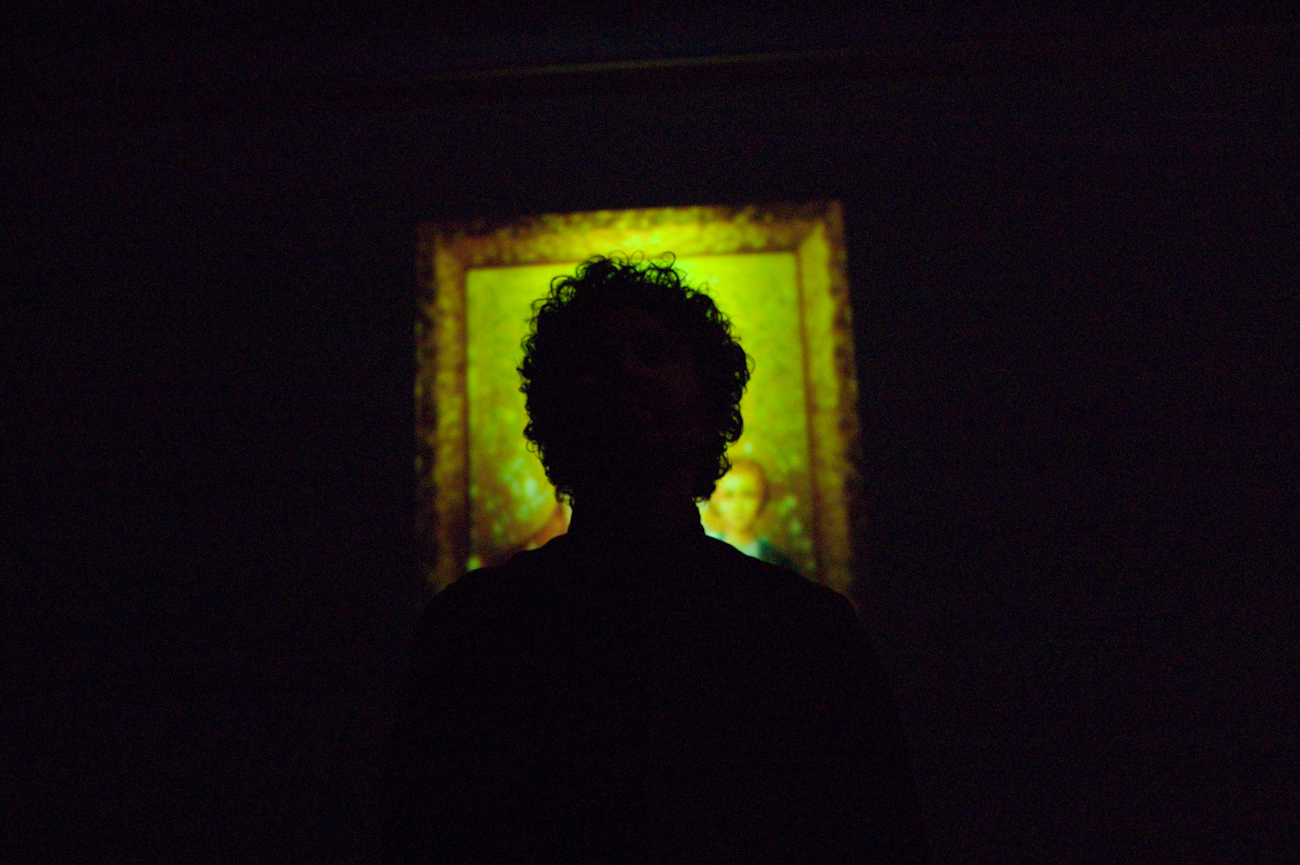 Written and directed by Alina Serban

National premiere - the first play about the history of Roma slavery in Romania & the first play written and directed by a Roma woman to enter the permanent repertoire of a Romanian state theatre. 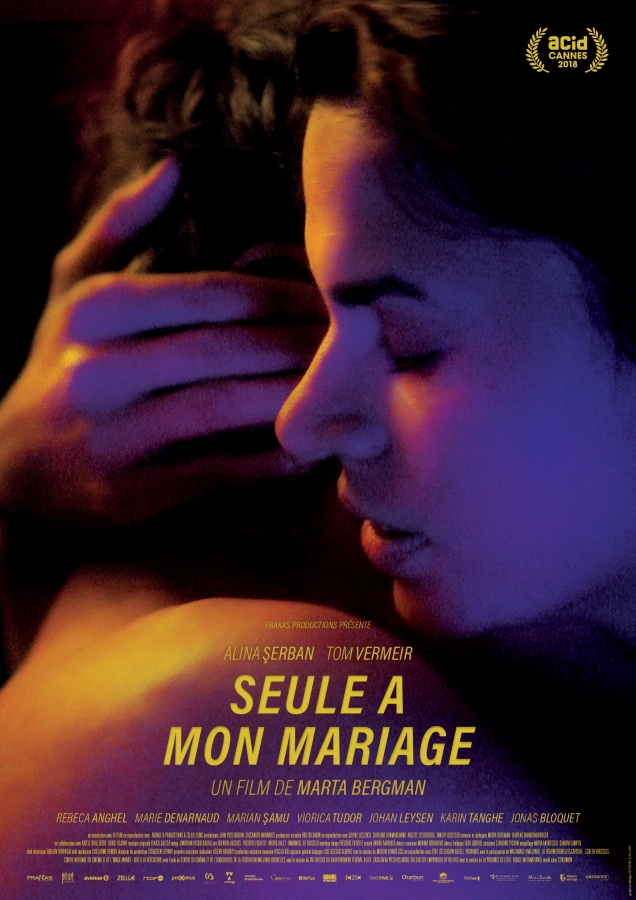 “Seule a mon mariage” tells the story of Pamela, an Insolent, spontaneous, funny young Roma woman. A single mother, she lives with her grandmother and her little girl in a small hut where the three of them share a bed. How can she reconcile the needs of her two-year old daughter and her dream of freedom? 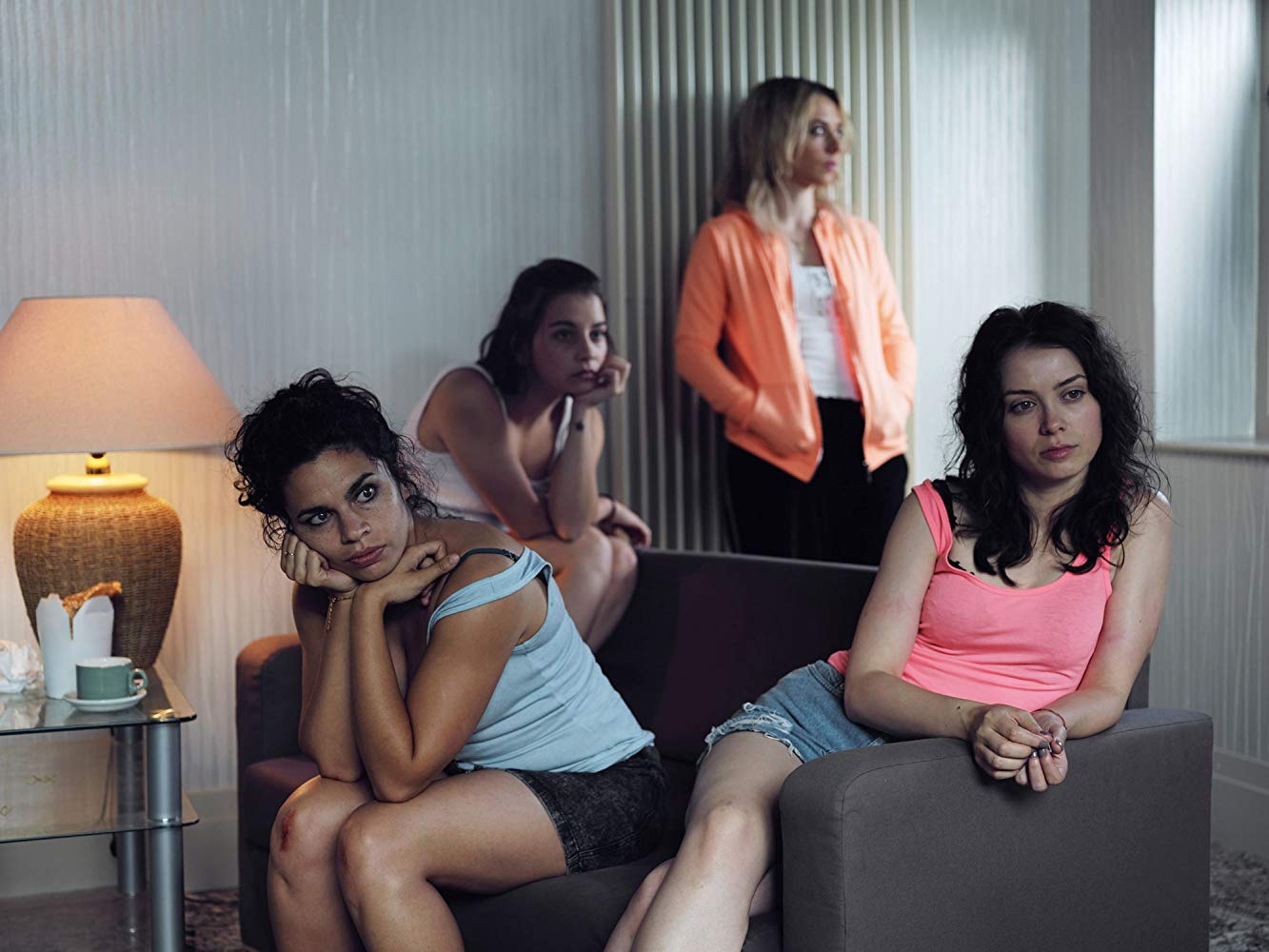 This BBC Two production presents the true story of a young Romanian woman is snatched in broad daylight from a London street, trafficked to Ireland and used as a sex slave in a series of pop-up brothels. 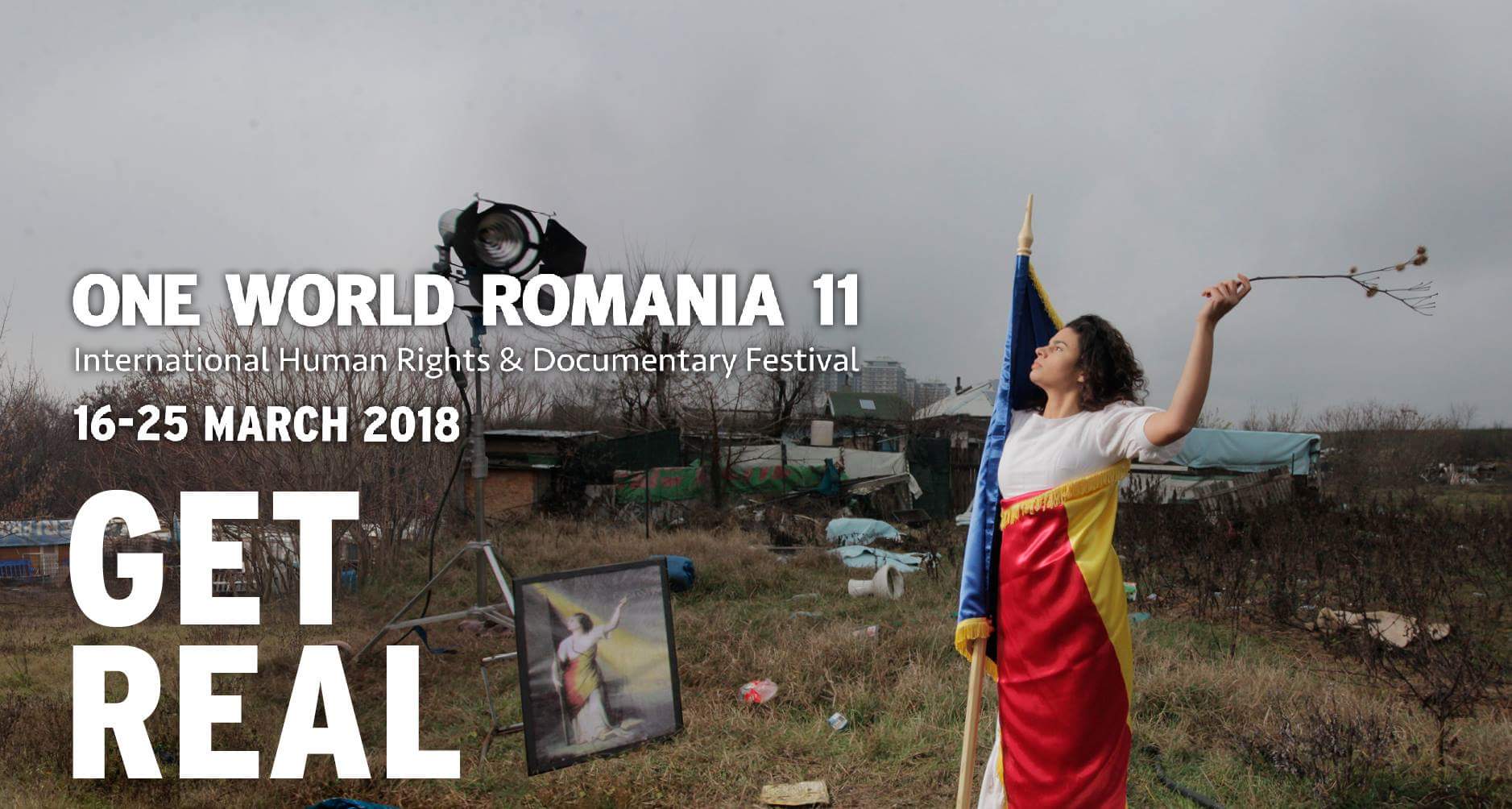 The concept of the spot was to try and transpose Romania’s past - idyllically represented - in the 21st century urban reality.

Besides acting in the spot and being the official image of the festival, Alina co-devised for the concept. 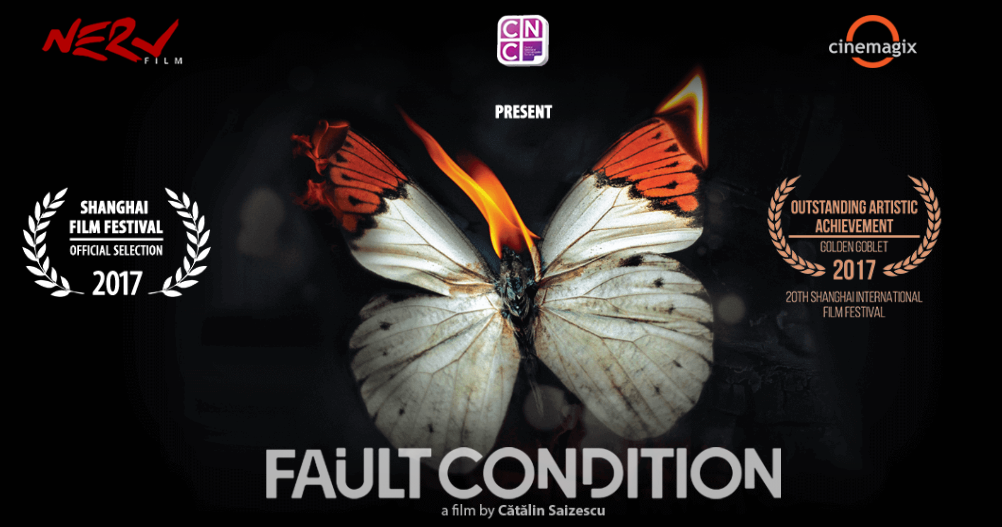 The film is inspired by the tragic event that happened in August 2010, when several premature babies died in the fire that took place in the intensive therapy ward of Giulesti Maternity in Bucharest. 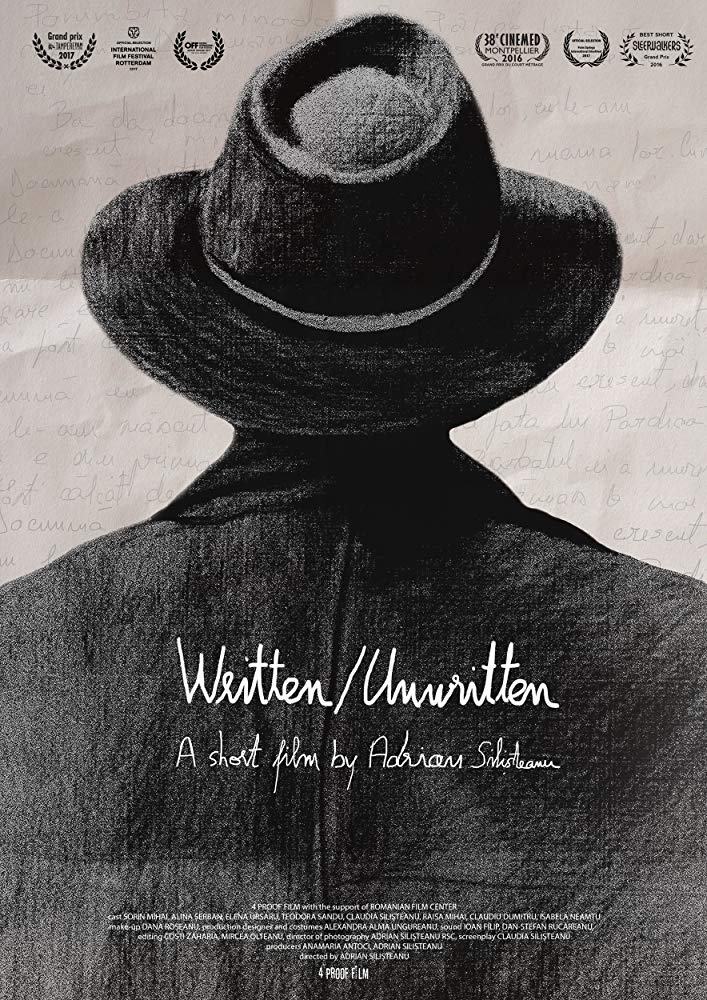 The film won over 20 awards as international film festivals

After a Roma family's underage daughter has a baby girl, issues related to their IDs and their status as parents of the underage new mother arise. The danger of state authorities separating them from their daughter forces them to take action.

The play “Skin Look” tells the story of a family that starts by hiding their Roma origin and ends by assuming their heritage. 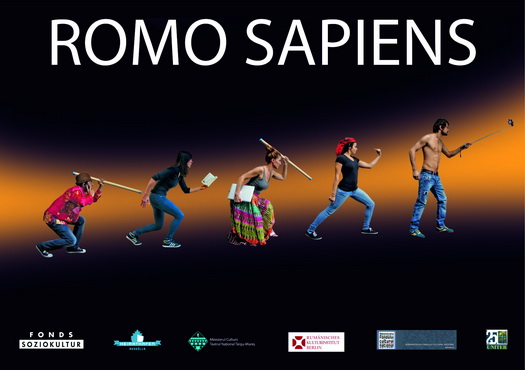 The play is a documentary theatre project tackling the topic of discrimination faced by Roma people in Germany and throughout Europe. The play premiere at Heimathafen Theatre in Berlin. 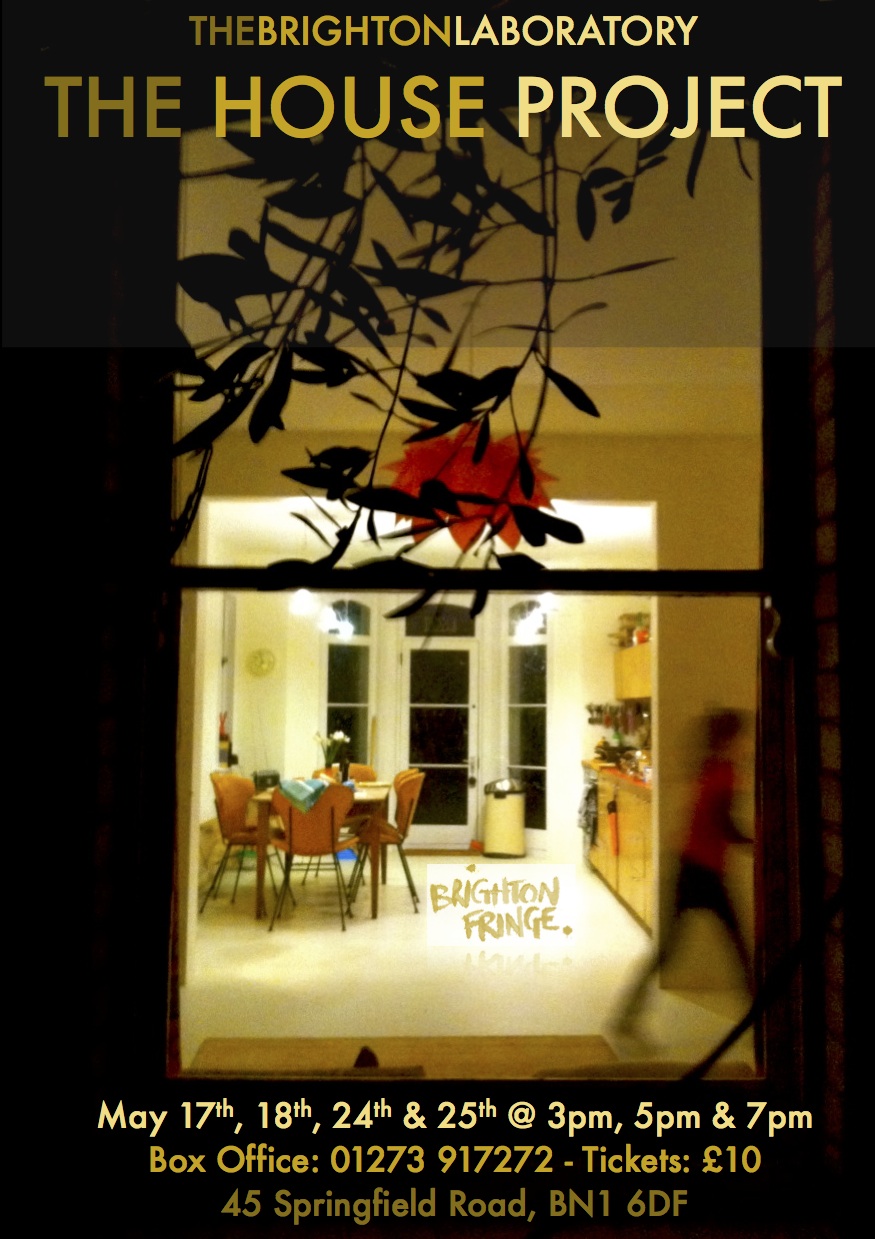 An immersive devised performance inviting the audience to embark on a journey through time and memory in an exploration of a house. 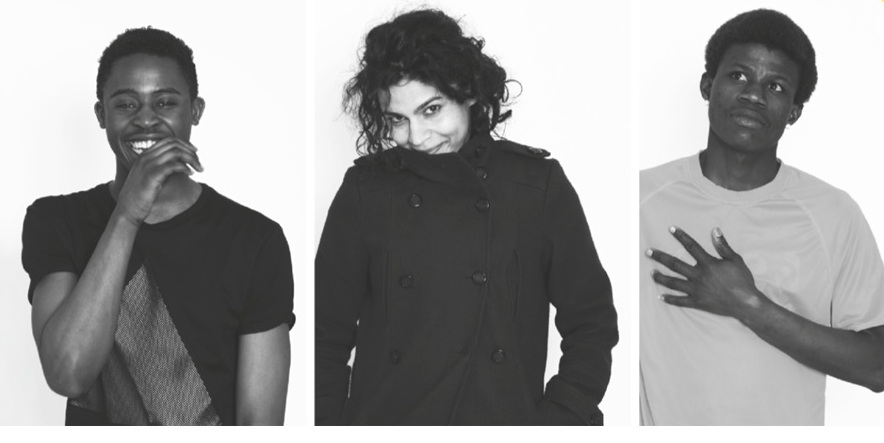 A cast of young artists — some of whom have experienced homelessness in London, while others have been street children in Tanzania, the Philippines and Brazil — use spoken word, sharp choreography and stunning visuals to shine a light on the global issue of youth homelessness. 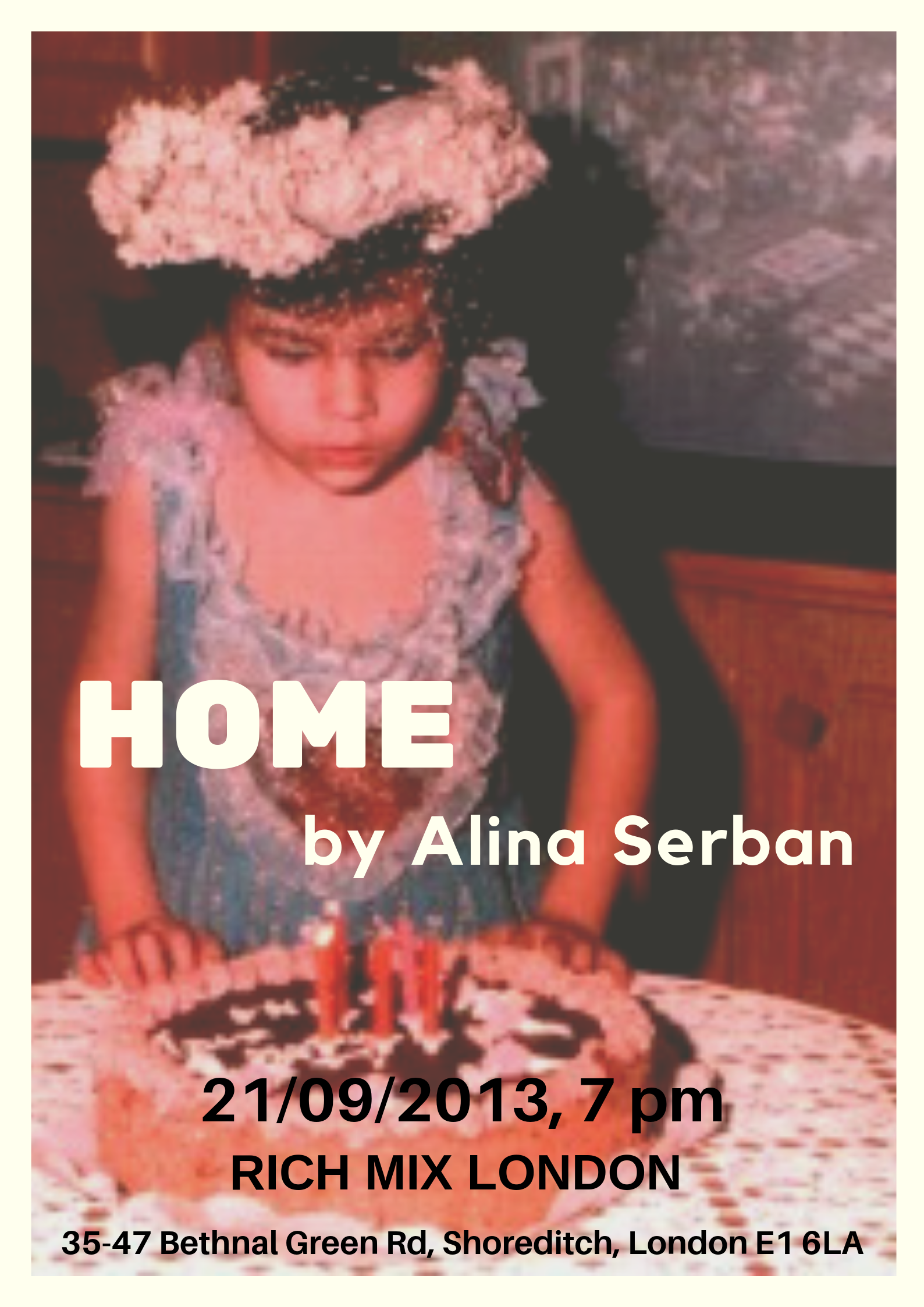 The play is a collection of personal stories, comical or tragic, showing the fight to make a home in London as an immigrant. 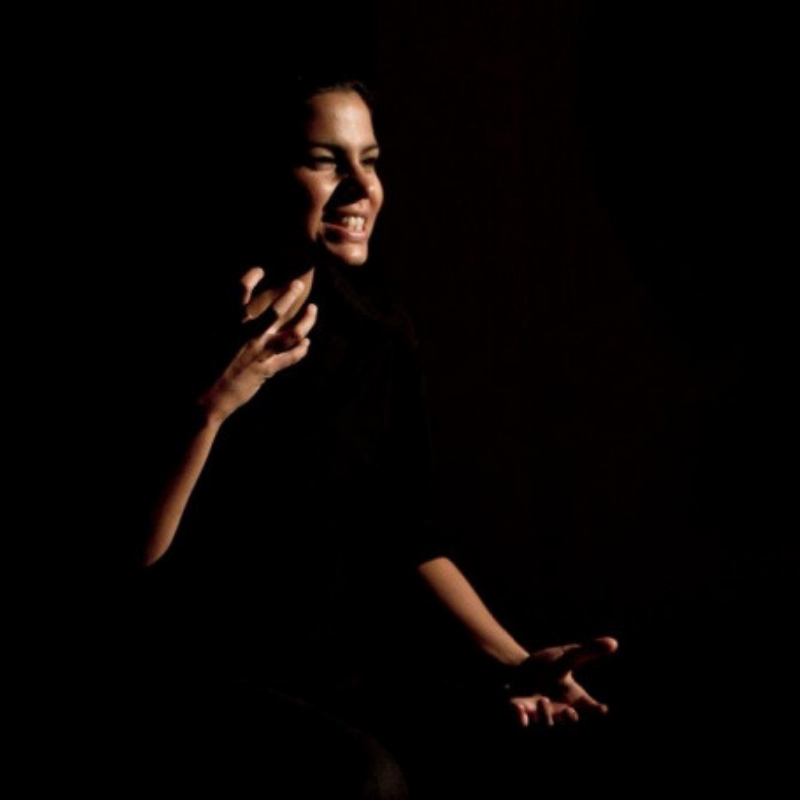 I Declare at My Own Risk (Theatre play/One-woman-show)

A one-woman show based on Alina’s teenage diaries, growing up in a traditional Roma community, moving to a state-run children’s home, and later attending acting school in Bucharest and London. 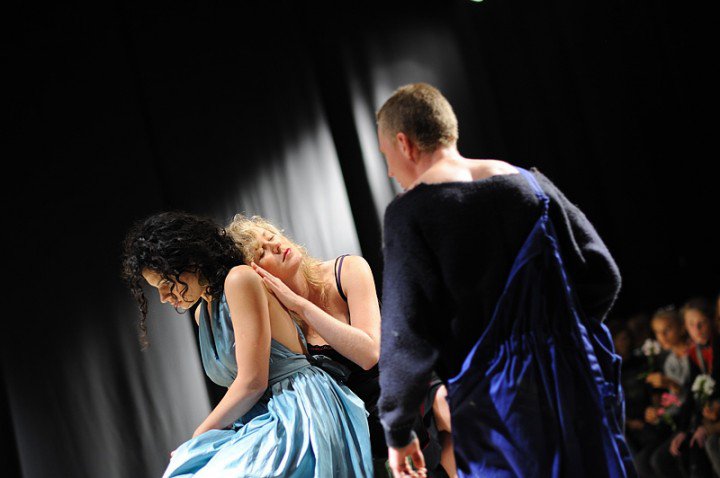 A Parrabolla Theatre Company production for the Gdansk Shakespeare Festival. 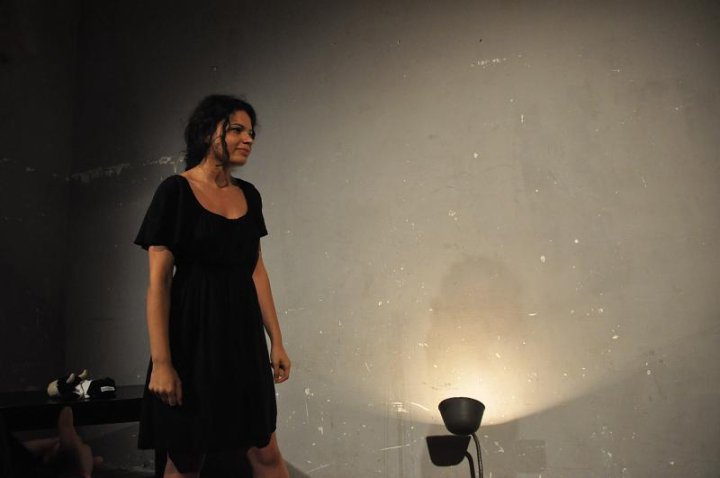 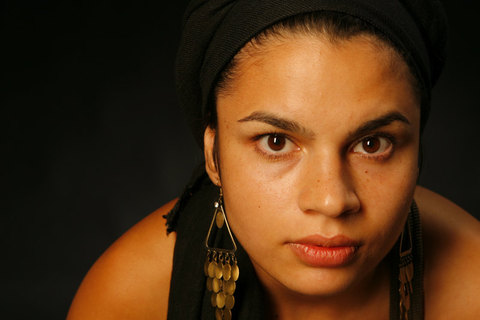 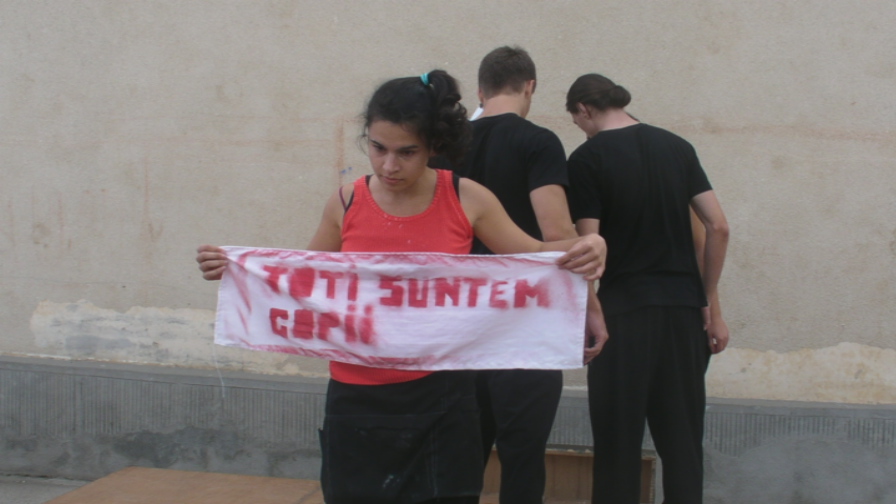 As a performer, executive producer, and project-manager, Alina put forth in 2009 a street-performance to explore the impact of anti-discrimination messages delivered as theatrical performances in open, unconventional spaces. 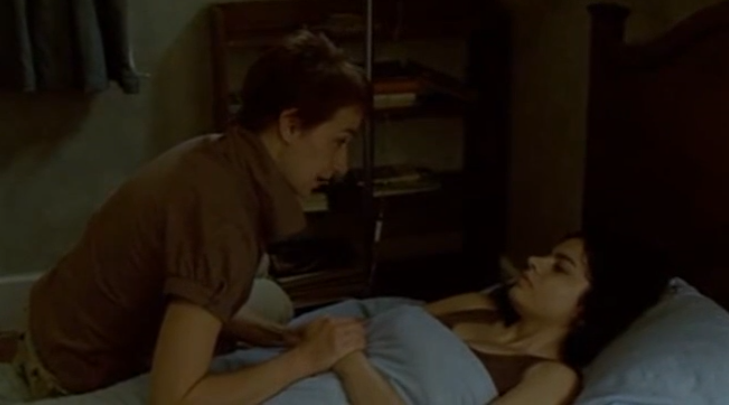 A BBC series taking an arresting and compelling look at how technology could transform Britain into a surveillance society - threatening human relationships and destroying trust.